Located at 625 meters above the sea level, around 6 kilometers from Bangli City, and 1 kilometer from Kubu Village, Penglipuran is one of the most placid, clean, and serene village throughout the whole nation, and one of the three cleanest in the whole world. Being untouchable by modernization (you can’t even park your vehicles inside!), the village’s atmosphere and the immaculate gardens surrounding them should be an exceptionally authentic experience for you to visit, from its majestic and mythical culture, to high hospitability and courtship of the locals.

According to the mythology and the elders’ testimonies, the name Penglipuran comes from ‘Pengeling Pura’, which means remembering the ancestors. It conveys that the village was created solely to respect their ancestors’ at Kintamani, which is why Penglipuran is one of Bali’s villages whose people regularly make offerings and hold rituals to respect mythological spirits. There are other interpretations of the word Penglipuran, some say it came from the word ‘Pelipur Lara’, which means solace, and some others say ‘Pangleng’ and ‘Pura’, which means four temples on every points of the compass.

The Village’s layout itself is adapted from the Three Mandalas concept of Balinese Hinduism: Parhyangan (sacred area), Pawongan (settlement area), and Palemahan (graveyard, farming area, etc). There are traditional Balinese architectures with materials such as stones, wood, palm, and bamboo that are well preserved within the Parhyangan area.

Within the Pawongan area, there are yard gates, traditional kitchens, traditional guesthouses, and traditional praying areas. The sight of this village is unlike any other Balinese villages, for Penglipuran is being kept as authentic as possible as a form of respect to the Gods and the ancestors.
In the Palemahan area, there is a graveyard that consists of three sites, these sites tells apart how the deceased died and at what age. Unlike normal Balinese ‘Ngaben’ (funeral ritual), instead of cremation, the bodies of Penglipuran locals are buried in this area.

Just a little outside the Penglipuran Village, which is a part of the Parhyangan area, you’ll see a beautiful 45-hectare sacred bamboo forest to walk through and feast your eyes in. In the center, you’ll find four modest, yet beautiful temples where people pray and pay their respects. Moreover, every neighboring resident live harmoniously and is remarkably friendly; they will offer you their best hospitality even at your slightest step into their home, all the more reason for those who are intrigued to local culture to check out this tranquil village.

Administratively, Penglipuran Village is located on Kubu, Bangli District, Bali; 5 kilometers from the center of Bangli City. It takes about an hour from Denpasar by car. When you arrive at Bangli City, you have to find Jl. Nusantara until you find a junction, then turn left according to signboards that points to Penglipuran Village, it is about 300 meters from that road. 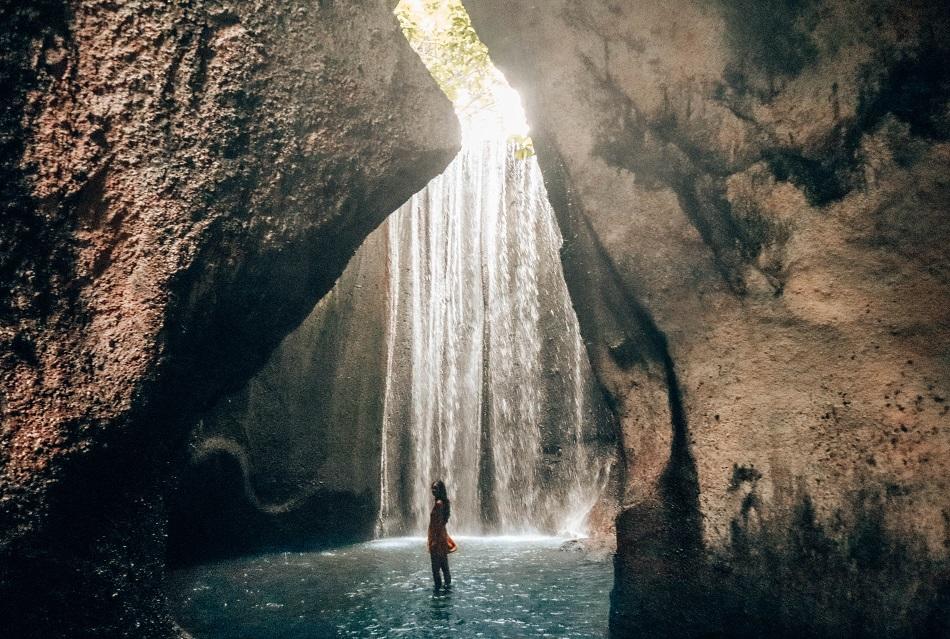